Organized by the Oklahoma City Museum of Art, this exhibition celebrates a recent gift of 150 photographs by Brett Weston from Christian Keesee. Between 2004 and 2011, Christian Keesee has donated 360 photographs—transforming the Oklahoma City Museum of Art into a major repository of the photographer’s work. This exhibition will include examples from 1940 to 1985, and consist predominantly of mud, rock, and ice abstractions, in addition to examples highlighting Brett’s travels to Baja California, Alaska, Hawaii, and Japan.

Brett Weston was the second son of photographer Edward Weston. At the age of thirteen his father took him to Mexico where he began taking photographs with his father’s Graflex 3 ¼ x 4 ¼ camera. While there, he was exposed to the works of revolutionary artists including Diego Rivera, José Clemente Orozco, and Tina Modotti, who influenced his sense of form and composition. Brett returned to California with his father in 1926 and began to exhibit his own works, while assisting Edward in his portrait studio. Brett’s work received international attention after being included in the important 1929 Film und Fotoexhibition held in Stuttgart, Germany.

Along with his father, and fellow photographers such as Ansel Adams and Imogen Cunningham, he exhibited with Group f/64 in 1932. Brett’s work often incorporates the use of close-ups and abstracted details, displaying a preference for high-contrast imagery, which reduces his subjects to pure form. Throughout his career, he has repeatedly photographed subjects including tangled kelp, plant leaves, and knotted roots and has made numerous photography trips to Europe, Baja California, Oregon, Alaska, and Hawaii, among other locations. Brett’s work became increasingly abstract in the 1970s as he began to more fully utilize a 2 ¼ inch format reflex camera. He spent a considerable amount of time taking photographs in Hawaii, during the 1980s, before his death in his Kona home in 1993. 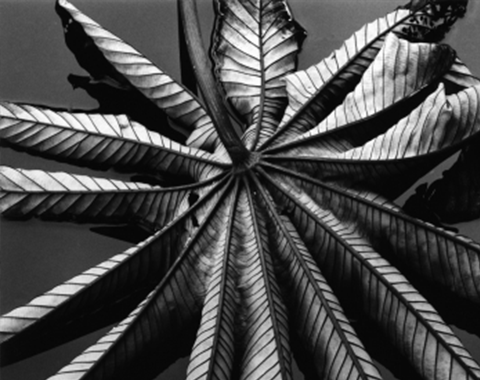